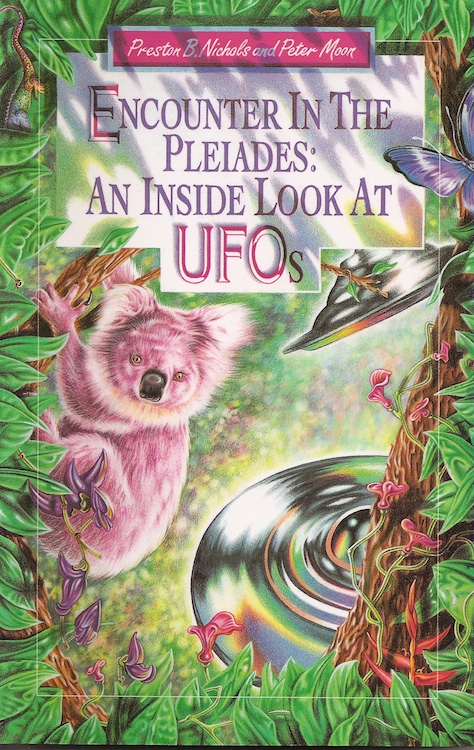 Encounter in the Pleiades: An Inside Look at UFOs

Encounter in the Pleiades: An Inside Look at UFOs More Details

No constellation in the night sky has rivaled the Pleiades for its impact upon the mind of man. Artists, poets, scientists, mythographers and prophets alike have not only cited the Pleiades as an inspiration to their work but as a key to understanding mankind and his/her relationship with the creative principles of existence. This book is the incredible story of a man who found himself taken to the Pleaides where he was examined and instructed by intelligent life forms who appeared human. The Pleiadians proceeded to give him an education and indoctrination that would enable him to regain his health and attain an unparalleled understanding of electromagnetic science and its role in UFO technology. A new look at Einstein gives insights into the history of physics and how the speed of light can be surpassed through the principles of reality engineering. New concepts in science are offered with technical but simple descriptions even the layman can understand. These include the creation of alternate realities through the use of twisters and spinners; mind control aspects of the Star Wars defense system; implants; alien abductions and much more. Never before has the complex subject of UFOs been put together in such a simple language that can be appreciated by the scientist and understood by the layman. Peter Moon adds further intrigue to the mix by divulging his part in a bizarre project which led him to Preston Nichols and the consequent release of this information. His account of the role of the Pleiades in ancient mythology sheds new light on the current predicament of Mankind and offers a path of hope for the future. 256 pages, ISBN 0-9631889-3-3, $19.95