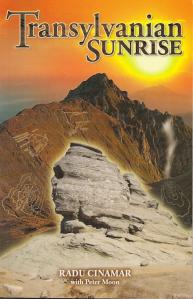 A mysterious scientist by the name of David Anderson made an eventful trip to Romania in 1999. Dr. Anderson, who is credited by the U.S. government as having developed advanced time-warp field technology, established diplomatic connections on this trip to Romania where he also set up an advanced research facility dedicated to studying the mathematics of time travel. Upon his return to the United States, Dr. Anderson visited Preston Nichols and Peter Moon, internationally known authors of The Montauk Project: Experiments in Time, and introduced himself. At Dr. Andersons suggestion, a collaboration with Peter Moon began which was brief, tenuous and eventually aborted due to security considerations as a result of a logistical attack on a similar time research center that had been set up on Long Island. Dr. Andersons continued journeys to Romania eventually resulted in connecting Peter Moon with a Romanian publisher and Radu Cinamar, a member of the Romanian Intelligence Services occult department. The purpose of this collaboration has to do with what is arguably the most significant archaeological discovery in the history of Mankind: a mysterious holographic hall of records that utilizes technology far beyond the concepts of modern science. Transylvanian Sunrise is the story of this mysterious discovery and the political intrigue surrounding it, all capably told by Radu Cinamar. After Peter Moon secured the publishing rights to this remarkable story, Dr. Anderson invited him to Romania where he has pursued these mysteries one step further. The story is inside this book and waiting to be read. 288 pages, $22.00, ISBN 978-0-9678162-5-8