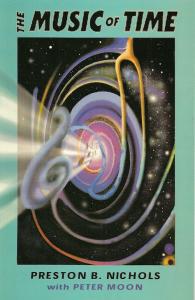 The Music of Time

The Music of Time More Details

The Music of Time blends music with time travel as Preston Nichols reveals his hidden role in the music industry where he worked as an expert sound engineer and recorded hundreds of hit records during the Golden Era of Rock %u2019n Roll. Beginning with his work for Time Records, Preston chronicles his innovations in sound engineering and tells how he constructed the premier music studio in the world for Phil Spector at Bell Sound. Having created a Mecca for talented musicians, Preston found himself surrounded by and interfacing with the likes of the Beatles, Beach Boys, Rolling Stones, and many more such popular acts. For the first time, Preston reveals his employment at Brookhaven Labs and how his connections in the music industry were used for mind control and manipulation of the masses. Ultimately, Preston%u2019s real life adventures lead to time travel and the bone chilling efforts of his adversaries to put him permanently out of commission. These include his association with John Ford, the founder of the Long Island UFO Network, who was arrested on the ridiculous charge of conspiring to put radium in the toothpaste of the local County Executive. Ford was railroaded into jail without a trial and then placed in an institute for the criminally insane without ever having received any trial, let alone a fair one. The County Executive was later imprisoned himself but Ford remains locked up to this day. In a remarkable twist of fate, mysterious forces rescue Preston and lead him to a bizarre series of financial transactions which set him up to be involved in a new time travel project. The Music of Time unravels more layers of mystery in mankind%u2019s epic quest to understand the paradox of time and the imprisonment of consciousness. 244 pages, ISBN 0-9678162-0-3, $19.95