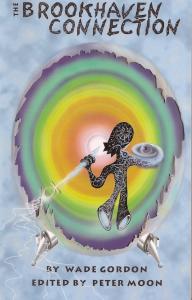 Since the advent of the atomic era, Long Islands Brookhaven National Laboratory has served as the premier and most top secret research lab in the world. Shrouded in mystery since its inception, no one has been able to crack the code of secrecy surrounding it. Wade Gordon, who grew up in and around the lab and amidst its top players, now tells his personal story of how he was groomed from a very young age to share the legacy of what happened there. Beginning with Brookhavens formative years when the Philadelphia Experiment was researched, links are revealed which tie Brookhaven directly to the Roswell Crash, the National Security Act, the MJ-12 documents (which are included in this book) and the Montauk Project. This includes a description of a time chamber which was utilized to monitor the JFK assassination in order to secure funding for the continued existence of the researchers. 250 pages, ISBN 0-9678162-1-1, $19.95